For the period from November 2018 to October 2019, Ukraine took the third place in the world among suppliers of agricultural products to the EU with an indicator of 7.3 billion euros. This was reported by the European Commission in a monthly monitoring report on the state of trade of the European Union in agro-industrial products, the European Integration Portal reports.

The first place in terms of agricultural exports to the EU for the specified period was taken by the United States with an indicator of 12.276 billion euros, the second - Brazil (11.743 billion euros). 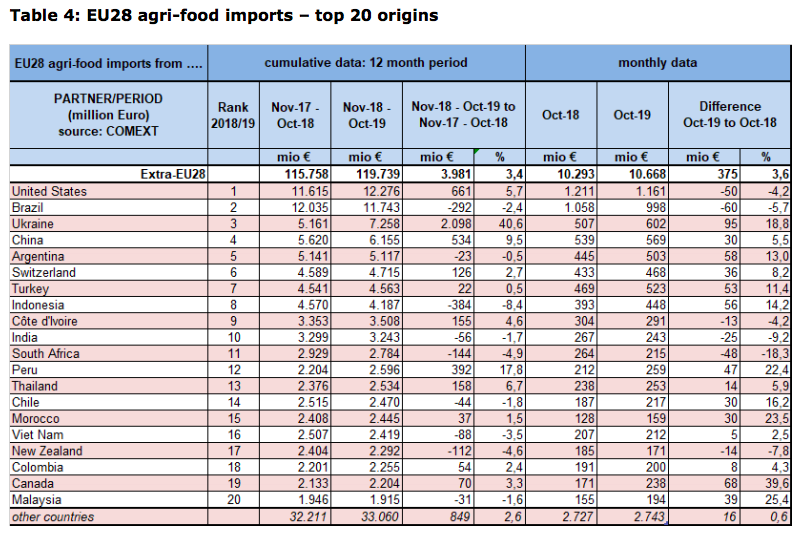 It is noted that the volume of agricultural exports from Ukraine to the EU is growing annually. Compared with the previous period (November 2017 - October 2018), it increased by 41%, or 2.1 billion euros.

As reported, according to the State Statistics Service, in January-October 2019, exports of goods from Ukraine to the EU amounted to $ 15.6 billion, which is 6.8% more compared to the same period in 2018.